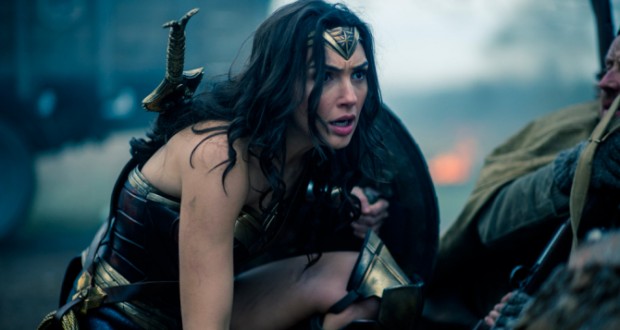 In addition to the historic $100.5 million that Warner Bros. and DC Comics’ latest lassoed in at the domestic box office, international grosses at 55 markets accounted for $122.5 million this weekend, giving the movie a global opening of $223 million, according to Variety.

The international numbers are higher than many other super hero films including the first two “Thor” and “Iron Man” movies, both “Guardians of the Galaxy” volumes, and “Man of Steel.”

China powered the international sales with $38 million, the fourth largest opening of all time for a Warner Bros. film. Korea brought in $8.5 million in earnings, followed closely behind by Mexico ($8.4 million) and Brazil ($8.3 million). The film also showed strong in the U.K. where it earned $7.5 million.

Patty Jenkins now holds the banner for the best domestic opening for a female director, topping “Fifty Shades of Grey’s” Sam Taylor-Johnson ($85.1 million). Before “Wonder Woman,” Jenkins’ only feature was “Monster” — an Academy Award winner that she made more than a decade ago with an $8 million budget.

Gal Gadot stars in the film as the titular hero. The Israeli actress — also known for her role in the Fast and Furious franchise — made her debut as Diana Prince in “Batman v Superman: Dawn of Justice,” and will also appear at least twice more in both “Justice League” movies if she doesn’t get a sequel of her own.