Home / Entertainment / Rihanna claps back at body-shamers with savage meme

Rihanna claps back at body-shamers with savage meme

Shares
Rihanna served a savage clapback to a writer who body-shamed her in a blog using a single meme. 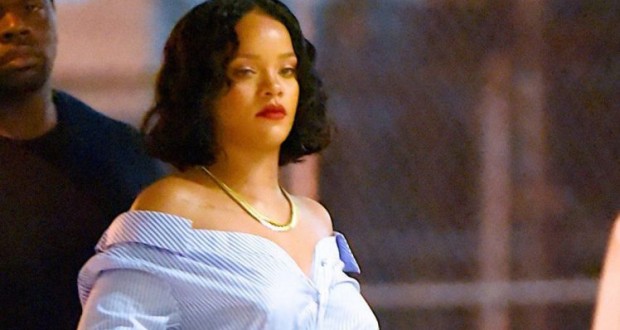 Last week, a blogger sparked outrage for accusing Rihanna of being overweight and argued that the singer could encourage other women to gain weight. Chris Spagnuolo, whose nickname is Spags, claimed the singer looked like she was in a ‘sumo suit’ and ‘pushing 180’, according to Metro.

Writing in his fiercely criticised blog post “Is Rihanna Going to Make Being Fat the Hot New Trend?”, Spagnuolo claims that it looks ‘like Rihanna is rocking some new high key thiccness [sic].’

‘And based on what I’ve seen, that means it’s time to worry if you’re not a guy who fancies himself a chubby chaser.’

He added: “A world of ladies shaped like the Hindenburg loaded into one-piece bathing suits may be on the horizon now that Rihanna is traipsing around out there looking like she’s in a sumo suit.”

The internet quickly came to her defense and snag praises on the singer’s body and argued that the comments were ‘cruel’ and ‘offensive’. Rihanna herself did not respond until now.

The Umbrella hitmaker, who is known to issue hilarious clap backs on social media, posted a side-by-side meme if rapper Gucci Mane at different weights. The Instagram posts shows the rapper at a larger size in 2007 and a slimmer size in 2017.

The meme reads, ‘If you can’t handle me at my 2007 Gucci Mane / you don’t deserve me at my 2017 Gucci Mane,’ and was simply caption by Rihanna with sad face emoji.

The post simply caption by Rihanna with a sad-face emoji indicating that this isn’t a laughing matter for the singer.

Read also: Rihanna appears in white dress at a fashion launch after she was fat-shamed