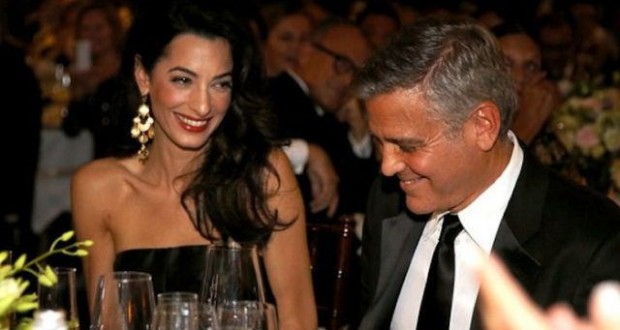 “Ella, Alexander, and Amal are all healthy, happy and doing fine,” a rep told Variety. “George is sedated and should recover in a few days.”

The Clooneys are first-time parents.

“The Talk” host Julie Chen broke the news on the CBS daytime show in February that the couple was expecting twins.

Amal, 39, an international human rights lawyer, and George, 56, wed in September of 2014 in Venice, Italy, after getting engaged in April that same year. George last starred in Jodie Foster’s 2016 thriller “Money Monster,” opposite Julia Roberts.

George and Amal haven’t made many red carpet appearances together since announcing the pregnancy. The duo attended the 42nd Annual Cesar Film Awards, where the actor received an honorary award, in Paris on Feb. 24.

Another one of Tinseltown’s power couples, Beyonce and Jay Z, are also expecting twins.