Shares
Myrcella’s death was changed at the last minute: ‘My brains were supposed to be all over the ship’ 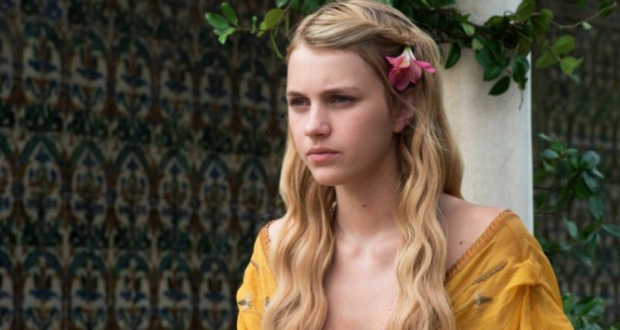 Nell Tiger Free has revealed that her character in Game of Thrones, Myrcella Baratheon, was meant to have an epic, gory death but it was changed at the last minute.

The young actress, 17, had what we might describe as a graceful death in the HBO show compared to that of the other characters that have been killed off.

We all remember her brother Joffrey’s demise very well, and that of poor sweet Shireen Baratheon.

Free was speaking at MYM Buzz and revealed that she had hyped herself up for her death scene, which included a lot of fake blood, but it was all for nothing.

Her character was killed off in the season five finale, Mother’s Mercy, after having been poisoned by Ellaria Sand’s kiss as an act of revenge against the Lannisters for having killed her love, Oberyn Martell.

Myrcella’s death came as Jamie Lannister, who came to rescue her as her uncle, told her he was her father – which she said that she always knew.

The death itself can be described as graceful, with the poison causing her to have a nose bleed before taking her life.

‘I don’t know if I should say this, but originally what happened is they gave me those mashed up bananas with like fake blood, and my brains were supposed to be all over the ship and stuff,’ she said.

The gory scene was then changed ‘because they wanted Myrcella’s death to reflect her life, and wanted it to be sweet— which is rare for [Game of] Thrones.’

In the books, Myrcella actually hasn’t died yet, so it was a rare non-book death. In fact, she was meant to have been missing an ear after a miserable attempt to take the throne from her brother Tommen.

Game of Thrones returns with season 7 on July 16.