Shares
Katy Perry recently said she is '100%' ready' to call time on her Taylor Swift beef. 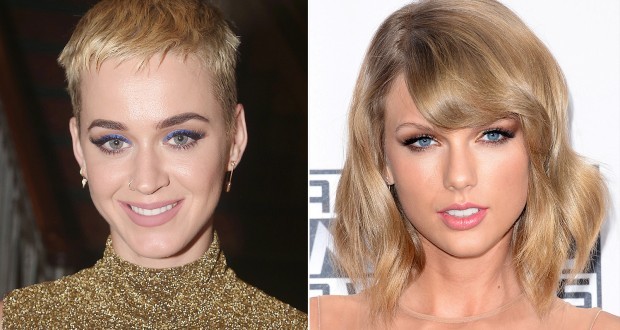 Katy Perry has seemingly underlined her commitment to ending her Taylor Swift feud by softening the lyrics of her latest single, Joinfo.com reports with reference to NME.

“Don’t you come for me / No, not today,” Perry sings on the recorded version of ‘Swish Swish’. Though the singer has said the song isn’t about a particular person, many fans have interpreted it as Swift diss track.

While performing the song in a live-streamed concert, Perry changed this combative lyric to a far more conciliatory line: “God bless you on your journey, baby girl.”

Perry has recently said she is “100% ready” to let go of her Taylor Swift beef. She has also responded to Swift’s decision to add her back catalogue to Spotify on the same day that Perry’s new album ‘Witness’ dropped.

Speaking to NME for this week’s cover feature, Perry discussed why she chose to retaliate against Swift in the feud. “I’m not Buddha – things irritate me,” she replied. “I wish that I could turn the other cheek every single time, but I’m also not a pushover, you know? Especially when someone tries to assassinate my character with little girls [their respective fan groups]. That’s so messed up!”

Perry released her fifth studio album ‘Witness’ last Friday (June 9). She will perform at this year’s Glastonbury festival at the end of the month before embarking on a world tour later in the year.