Shares
Selena Gomez’s fans have gone wild after spotting a poster of her best pal Taylor Swift in the background of her new music video. 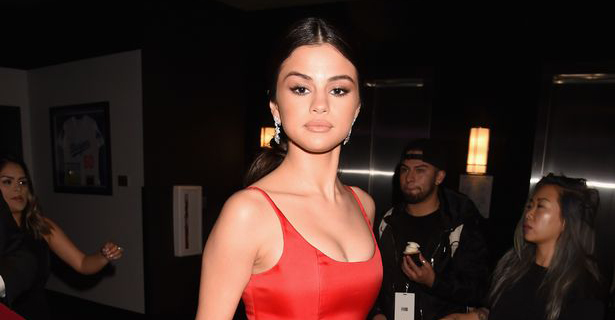 Selena Gomez, 24, has just released the video for her new single Bad Liar. And what got fans the most excited wasn’t the twist at the end but instead seeing two posters of her pal Swift on Selena’s bedroom wall, according to The Sun.

In the 70s style video, Selena is seen cycling in the mountains before pulling up at school where her schoolmates bang into her as she walks down the corridor.

She then dons a Farrah Fawcett style blonde wig to play a basketball coach who is flirting with her teacher dad, also acted out by a suited and booted Gomez.

Fans were convinced the blonde singer on one poster was Swift, as well as what looked like the Trouble singer in a Charlie’s Angels poster on the back wall.

One shared a snap on Twitter writing: “Is my brain just playing games or is that Taylor Swift”.

Is my brain just playing games or is that Taylor Swift pic.twitter.com/WPPLbcsStq

Another did the same and wrote: “Oh my god #Saylor are back!”

what bout the other poster pic.twitter.com/14zCvZCOZh

Selena previously starred in Taylor Swift’s video for Bad Blood so could she be repaying the favour?

Speaking about their friendship to Seventeen magazine, Selena said: “Every single problem I ever have is healable by Taylor Swift”.

While Selena has been seen out and about with her boyfriend The Weeknd, Taylor has been keeping a low profile since we revealed she’s dating English actor Joe Alwyn.

As Selena starts to release tracks from her upcoming album, fans are also wondering when Taylor will be back with some new tunes.