Shares
The day after the premiere of Gomez's modeling campaign as the new face of Coach, her boyfriend lovingly gave her shout-out on his Instagram stories. 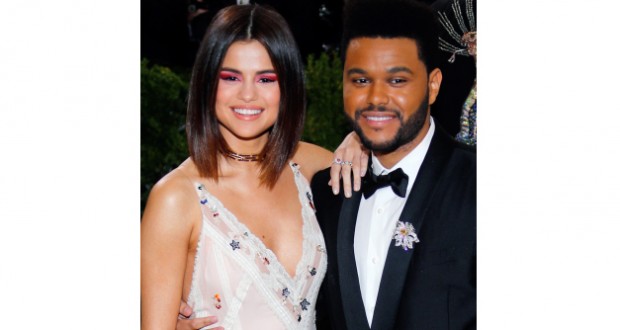 Selena Gomez and The Weeknd (Abel Tesfaye) are going pretty strong. The young couple, who debuted their relationship in real life at the 2017 Met Gala in May, are slowly but surely becoming social media official. In 2017, that is a crucial step in a relationship — especially an already well-documented one involving two of the year’s biggest names. In addition to their fans fawning over their union, the two pop stars equally dote over each other.

According to Refinery29, the day after the premiere of Gomez’s modeling campaign as the new face of Coach, her boyfriend lovingly gave her shout-out on his Instagram stories. There were no words and no filters. But there were emojis. A lot of them. And if a picture speaks a thousand words, than one with five diamond emojis is telling us a whole damn novel. 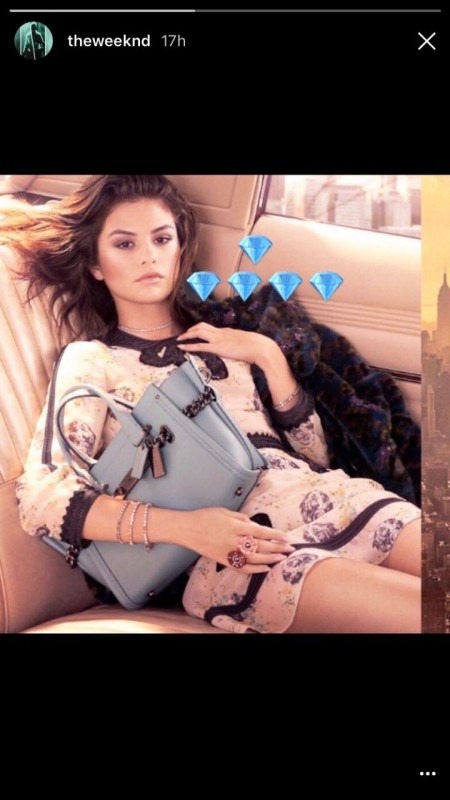 Never one to read too much into things (lol, jk) it does seem a little sus that The Weeknd, knowing full and well that every piece of content involving Gomez will be intensely combed over, would share an image of her editing to have a huge diamond over her ring finger. He could have put a diamond in each corner. Or had them circling her face. Or put them over her right hand. But instead, one is placed right about her ring finger making us, for a brief moment, thing maybe this photo means something bigger is in store for them.

It does go with Gomez’s romantic narrative, who recently said, “I just have always been that girl. I will give my heart and my soul to the person that I love. It’s just how I operate.” Heart, soul, and diamond emojis — the way to a modern girl’s heart.