Beyoncé wins big at BET Awards but misses the ceremony

Shares
Beyoncé was the big winner Sunday at the 2017 BET Awards, taking a total of five trophies at the music-rich event in Los Angeles. 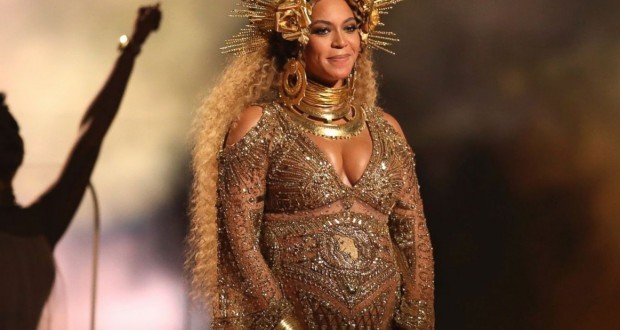 Beyoncé won for Female R&B/Pop Artist, Album Of The Year for Lemonade, and Viewers Choice, Video Director Of The Year and Video Of The Year for “Sorry,” the latter honor shared with Bruno Mars’ “24K Magic”, Joinfo.com reports to Deadline.

According to Daily Mail, the new mother, who reportedly had her twins earlier this month, was not present to accept her honor at the BET Awards. When it was announced that she won the viewer’s choice award, Chloe x Halle – the young duo signed to Beyonce – recited a speech given to them from the pop star.

Beyoncé said in a letter: ‘Thank you BET for this award and your tremendous support of Lemonade. This has been a journey of love, of celebrating our culture, honoring the past, and approaching the present and future with hope and resolve.’

‘Thank you to my mother Tina Knowles-Lawson for being my biggest, biggest teacher and consistent influence. Thank you to my entire family for so much love. To my team at Parkwood, thank you. And thanks to all the fans, my Beyhive, for riding with me. I love and appreciate you. And to everyone at the show tonight, you all look so beautiful. And at home, thank you, and have a wonderful, wonderful night. From, Beyonce.’

It should be recalled that Beyoncé and the twins have been in the hospital since their birth a week ago Monday with a “minor issue.” The babies are “under the lights.”

The show, which aired live ET on BET and was tape-delayed in the West, was hosted by Saturday Night Live‘s Leslie Jones and featured former First Lady Michelle Obama making a surprise video appearance to present fellow Chicagoan Chance The Rapper with the Humanitarian Award.

Also among the highlights of the night performance-wise was a set by the original members of New Edition, who were joined onstage by the quartet that played them on BET’s hit miniseries The New Edition Story that aired earlier this year. The original band was honored with BET’s Lifetime Achievement Award.

The awards were mostly devoted to music, with Best Actor, Best Actress and Best Movie honors not part of the 3-plus hour telecast.

Album Of The Year

Video Of The Year

Video Director Of The Year

Sportswoman Of The Year

Sportsman Of The Year

Solange, “Cranes In The Sky”