Shares
Nintendo has announced the Super Nintendo Classic, which will be out on September 29 for $80 and come with 21 games including the previously unreleased Star Fox 2. 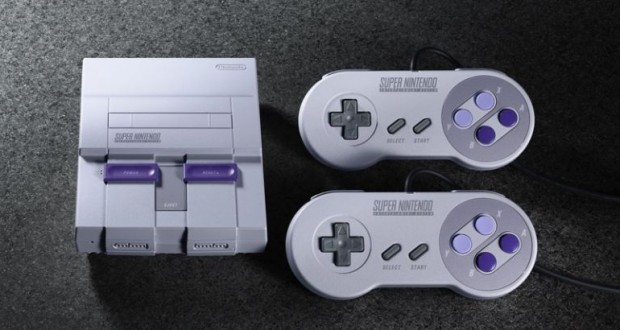 As Kotaku reports, Nintendo has announced Monday the Super Nintendo Classic, which will be out on September 29 for $80 and come with 21 games including the previously unreleased Star Fox 2.

The lineup, which is excellent, also includes Earthbound, Final Fantasy III, Link to the Past, and Secret of Mana. And Super Mario World and Donkey Kong Countryand holy crap this thing is going to be impossible to get at a store without gouging someone’s eyes out, isn’t it?

Unlike the NES Classic, the SNES Classic’s lineup is full of genuine masterpieces that have all aged well. There isn’t a single bad game on this thing (assuming Star Fox 2 is as solid as the first one). Here’s the full list:

From the press release: “Even for super fans who have played all of these games multiple times, the inclusion of the never-before-released Star Fox 2 game will offer them something entirely new to enjoy – if they can unlock it by proving their skills in the original Star Fox game. (Well, they only have to complete the first level – we didn’t want to make it too hard!)”

The system also comes with an HDMI cable, a charging cable, and two SNES controllers so you can beat up your friends in Street Fighter. The SNES Classic controller cable will be five feet, Nintendo tells Kotaku. For comparison, that’s about two feet longer than the NES Classic controller’s tiny cord.