Shares
Their son, Jack, was born on Saturday, weighing in at nearly 9 pounds. 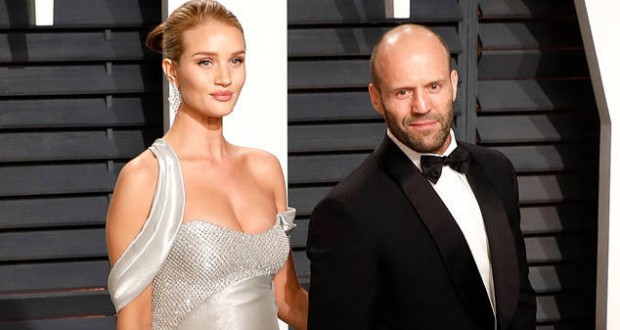 Rosie Huntington-Whiteley and Jason Statham welcomed a son, Jack Oscar Statham, on Saturday, June 24. The baby, whom Huntington-Whiteley introduced to the world on Wednesday via a black-and-white photo of his hand, weighed in at nearly 9 pounds, per the photo’s caption, according to Vanity Fair.

The couple, who has been together since 2010, first announced that they were expecting Jack in February—the same time that news broke of both the Carter and Clooney babies.

But instead of revealing the news in an elaborate floral photo shoot like Beyoncé did, Huntington-Whiteley simply posted a shot of her, taken by Statham, bikini-clad on the beach with the caption, “Very happy to share that Jason and I are expecting!! Lots of love Rosie.”

The famously private, longtime couple is not quiet about their affection for each other. In a 2015 Self cover story, Huntington-Whiteley offered some insight into her relationship.

“We’re best mates,” she said. “He makes me laugh every day. I almost feel like I never had a proper boyfriend before!”

The two confirmed they were engaged in January 2016, but they still have yet to tie the knot. Now they’re at least set with their very own ring-bearer.