Shares
Warner Bros. has finally revealed the plot details and the cast of the second installment of 'Fantastic Beasts and Where to Find Them'. 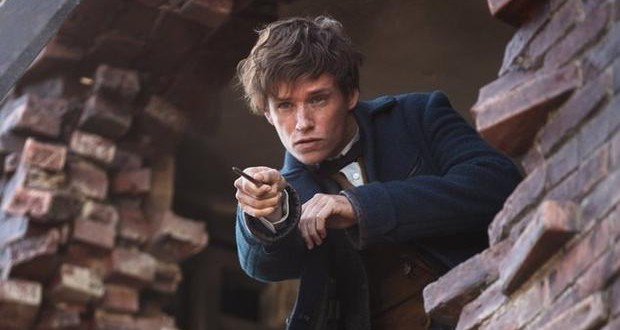 The story in the new film, which has no name for the time being, starts several months after the first film, Joinfo.com reports with reference to NewsMonkey.

Gellert Grindelwald (played by Johnny Depp) has escaped and is gathering more followers, according to the synopsis of the film The only one who could stop him is an old friend of him: Albus Dumbledore. But Dumbledore needs help. And who can do it better than the sorcerer who has already succeeded to break Grindelwald’s plans, former student Newt Scamander? Those adventures will bring Newt back together with Tina (Katherine Waterston), Queenie (Alison Sudol) and Jacob (Dan Fogler), which we already know from the first movie.

Eddie Redmayne will of course return as Newt Scamander, and also Jude Law was announced as the young Albus Dumbledore. Credence (Ezra Millar) will also make a mysterious return. Zoë Kravitz will play Leta Lestrange, a woman from Newt’s past. Rumours about Callum Turner turn out to be true – he will play Newt’s brother Theseus Scamander. In addition, Claudia Kim, William Nadylam, Ingvar Sigurdsson, Olafur Darri Olafsson and Kevin Guthrie are added to the cast.

The script, like the first film, comes from J.K. Rowling. And never change a winning team they must have thought, because the director, David Yates, is also on board. The movie will not play this time not only in New York but will bring us all over the world, from New York to London to Paris. There will also be a lot of surprises and references for those hard Harry Potter fanatics, Warner Bros. said. We will have to wait a while, because the movie will be released on November 16, 2018.