Shares
Nelsan Ellis, an actor known for the role of Lafayette in HBO’s series “True Blood”, died Saturday of a heart attack aged 39, according to media reports 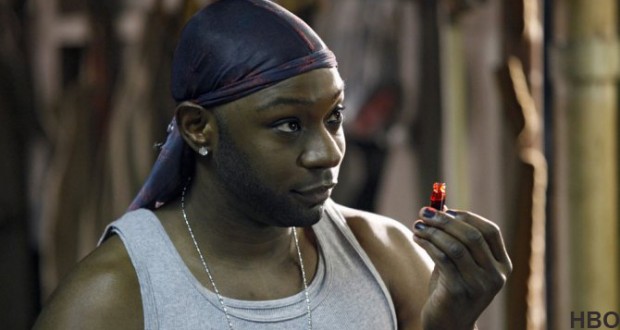 Nelsan Ellis played the role of Lafayette Reynolds in the hit series “True Blood.” The actor died Saturday at the age of just 39 years following a heart attack.

” We were extremely saddened to hear of the passing of Nelsan Ellis. Nelsan was a long-time member of the HBO family whose groundbreaking portrayal of Lafayette will be remembered fondly within the overall legacy of True Blood. Nelsan will be dearly missed by his fans and all of us at HBO,” HBO said in a statement.

In “True Blood” series, where humans coexist with vampires, he played a gay local bar cook, Lafayette Reynolds. With this role, he had become the favorite character of the series fans, which had allowed him to break into the film world.

His colleagues and fans paid tributes on social networks.

Crushed today by the loss of my friend and castmate Nelsan Ellis. He was a wonderful person, a pioneer, and a one of a kind artist. RIP pic.twitter.com/fvtquhIac7

It was an utter privilege to work with the phenomenally talented and deeply kind soul .@OfficialNelsan I’m devastated by his untimely death. pic.twitter.com/If17csduHz — Anna Paquin (@AnnaPaquin) 8 июля 2017 г.

Dearest #NelsanEllis , may flights of angels sing thee to thy rest, you phenomenally talented genius…. pic.twitter.com/2OamZvBVNe

Just got word that we lost @nelsanellisofficial. My heart breaks for his kids and family. #RIPNelsanEllis. #brillIantactor #trueblood #getonup #thesoloist #thehelp. The first time I met him was on the set of the soloist and we were at rehearsal with a lot of the homeless cast members, and Nelsan was playing our counselor. He walked in wearing a pair of fitted camo cargo pants, a pristine white tshirt, a beret, and a denim jacket. Needless to say he was gorgeous, sexy. But his talent had me speechless. We became instant friends after that. He was sooooo funny. I miss him. #nelsanellis Публикация от Octavia Spencer (@therealoctaviaspencer) Июл 8 2017 в 11:43 PDT

Long live #lafayette I loved him soo such an amazing actor#NelsanEllis pic.twitter.com/1B98buI6Nu

It appears to be confirmed that #NelsanEllis has passed away at age 39. My love and prayers to his family and friends RIP, Lafayette… pic.twitter.com/JjDPbuKGZZ — Mya (@MetalDauntless) 8 июля 2017 г.