Home / Entertainment / New Doctor Who To Be… A Woman

New Doctor Who To Be… A Woman

Shares
The new Doctor Who is a woman. Jodie Whittaker, 35, is the first actress to play the legendary character. She will debut this Christmas 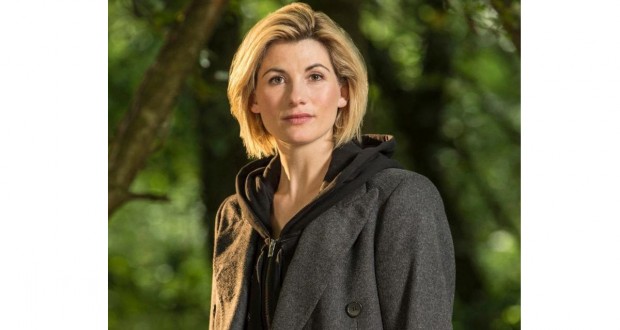 BBC One revealed the identity of the new Doctor Who today, according to AD.nl.

Whittaker takes over the role of Peter Capaldi, who will step down from Doctor Who at the end of this year. The 59-year-old actor thinksit is “time to move on,” as Capaldi said in January. He debuted in 2013 as Doctor Who.

Whittaker is the 13th actor to play Doctor Who in the hit series’ history. She will play the role from the eleventh season, which will be broadcast next year. The 35-year-old English actor previously played in series such as “Broadchurch” and “The Assets.” She was also featured in movies like “Venus”, ”One Day” and “Black Sea.”

“It feels completely overwhelming, as a feminist, as a woman, as an actor, as a human, as someone who wants to continually push themselves and challenge themselves, and not be boxed in by what you’re told you can and can’t be. It feels incredible,” Whittaker said about her future role in the series, according to The Telegraph.

The BBC produced Doctor Who from 1963 to 1989. The series about adventures of The Doctor who is able to travel through time and space in his spaceship called TARDIS became the longest running science fiction series. In 2005, Doctor Who was relaunched by the BBC with Christopher Eccleston in the role of the time traveler.

The BBC teased the news during the Wimbledon Men’s Semi-Final with Roger Federer vs Tomas Berdych on Friday evening, and released a trailer on the official Doctor Who Twitter account.