Shares
Katy Perry insists her feud with Taylor Swift is finally over. 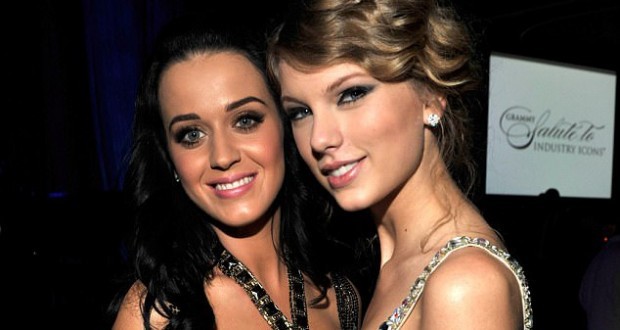 “I love her, I always have,” Perry, 32, said on Australia’s Today show on Wednesday, July 19, according to US Weekly. “We’ve had our differences but I just continue to say, ‘God bless her on her journey.’”

The pop stars’ years-long feud started making headlines again earlier this year after Perry released her single “Swish Swish,” which many fans speculated to be about Swift, 27. The song, which appeared to be Perry’s response to Swift’s hit “Bad Blood,” features several insults including, “Your game is tired / You should retire / You’re ’bout as cute as an old coupon, expired.”

Katy Perry surprised fans in June when she forgave and apologized to her rival during an interview with Arianna Huffington. “I am ready to let it go,” she said. “I forgive her and I’m sorry for anything I ever did, and I hope the same from her. … I love her, and I want the best for her. And I think she’s a fantastic songwriter, and I think that if we, both her and I, can be representatives of strong women that come together despite their differences, I think the whole world is going to go like, ‘Yeah, well we can do this.’”

Swift has not commented on the current status of her relationship with Perry. However, she told Rolling Stone in 2014 that the feud began over a conflict with their backup dancers. Swift alleged that Perry tried to “sabotage an entire arena tour”.