Shares
The season 7 of Game of Thrones has just premiered but its makers David Benioff and D.B. Weiss are already working on a new series for HBO. 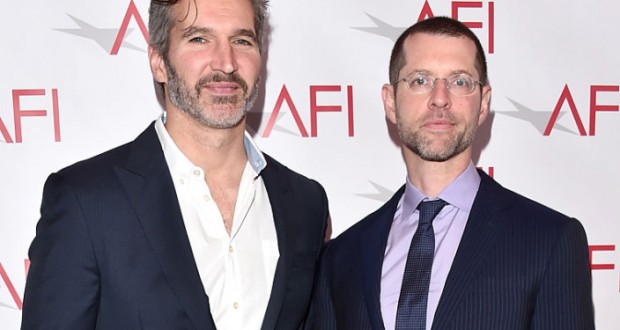 On Thursday it was announced that Game of Thrones creators, writers, and producers David Benioff and D.B. Weiss are working on the new drama Confederate, which is set in the future, Joinfo.com reports with reference to MetroNieuws.

The story takes place in an alternate future in which the Southern states have successfully separated from the US and slavery was never abolished. The story tells about many characters such as soldiers, slaves, politicians and journalists from both sides.

“We have discussed Confederate for years, originally as a concept for a feature film,” said Benioff and Weiss in a joint statement, according to Entertainment Weekly. “But our experience on Thrones has convinced us that no one provides a bigger, better storytelling canvas than HBO.”

Twitter reacted to the announcement with a mixed response. The American Civil War and slavery are sensitive issues in American society to the present day.

Dear @HBO, if you want to spend millions on a show about slavery, pick up @UndergroundWGN. Not this #Confederate shit. Signed,ALL the Blacks

The fandom for the new #HBO show #Confederate is gonna be Tragic. Can you imagine how much harmful imagery they’re gonna produce? pic.twitter.com/P9xbxfQQtv

“It is exhausting to think of how many people at @HBO said yes to letting two white men envision modern day slavery. And offensive,” a famous writer Roxane Gay wrote.

It is exhausting to think of how many people at @HBO said yes to letting two white men envision modern day slavery. And offensive. https://t.co/xsxWJ6FHUv

HBO has responded to the criticism and said that Nichelle Tramble Spellman and Malcolm Spellman, who will be co-writing and executive producing the series the writer couple of series, both are African Americans.

The cast and premiere date of Confederate will be announced at a later stage.