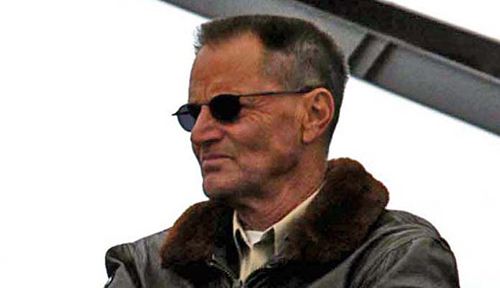 Sam Shepard died last week at the age of 73, who had been ill with ALS for some time, died peacefully on July 27 at his home in Kentucky, surrounded by his children and sisters, according to Broadway World.

He is survived by his three children and his two sisters.

Many actors and artists took to social media to pay their tributes to the prominent writer:

Sam Shepard was a towering figure in American theater and film. He indeed had “the right stuff.” His voice will truly be missed. https://t.co/gkkK8KHxum

Goodby to Sam Shepard, a true American icon of letters. “Is that a man?” “You’re damn right is is!”

Sam Shepard. Whenever he came on-screen, you knew you were in good hands. A frame from “Days of Heaven.” May he rest in love. pic.twitter.com/DQc0fy7EqN

I had the privilege of working with Sam Shepard when I was very young. I remember a very giving a generous man. Sad to see him go. pic.twitter.com/TNpgPnviBT

Jeanne Moreau, Sam Shepard thank you for enlighten us at 24 frames per second. RIP pic.twitter.com/fPi6HTLnzp

Wearing my cowboy boots and raising a glass tonight in honor of the great Sam Shepard.

So sad to hear about Sam Shepard passing. A truly original actor and an incredible writer. Sending love to his family. #RIP