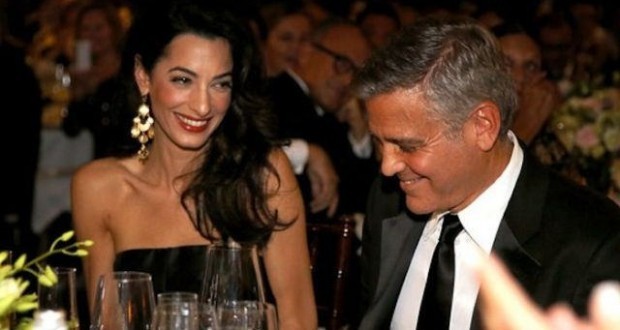 The Clooney Foundation for Justice announced a new partnership Monday with Google, HP and UNICEF to provide education for more than 3,000 refugee children in Lebanon, according to USA Today.

George Clooney and his wife, British human-rights lawyer Amal Alamuddin Clooney, who was born in Lebanon, said in a statement Monday that the foundation’s commitment of more than $2 million toward education for Syrian refugees aims to prevent thousands of young people from becoming “a lost generation.”

“They have been victims of geography and circumstance, but that doesn’t mean there isn’t hope,” the couple wrote in a statement to The AP. “Our goal with this initiative is to help provide Syrian refugee children with an education and put them on a path to be the future leaders their generation desperately needs.”

A UNICEF spokesman described the couple’s support as “investing the future of the entire region.”

It should be recalled that George and Amal Clooney welcomed twins Ella and Alexander on the 6th of June. The happy family spent some time on Lake Como, north of Milan, Italy.