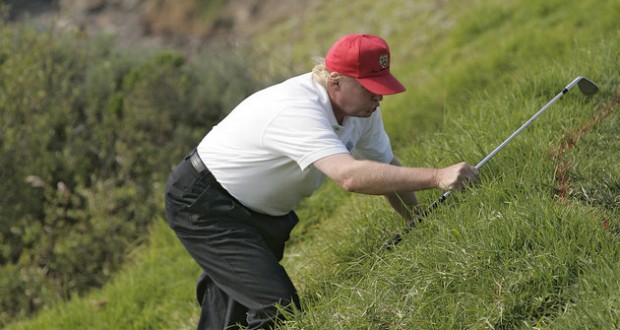 A strange photo of Donald Trump climbing to the green at Pebble Beach during a 2006 golf event has resurfaced on Reddit this week, Huffington Post reports.

The picture not only offered a glimpse of the president-elect playing the sport he loves, it also gave redditors the opportunity to put their skills to the test in a classic Photoshop battle.

Here are some of the best: