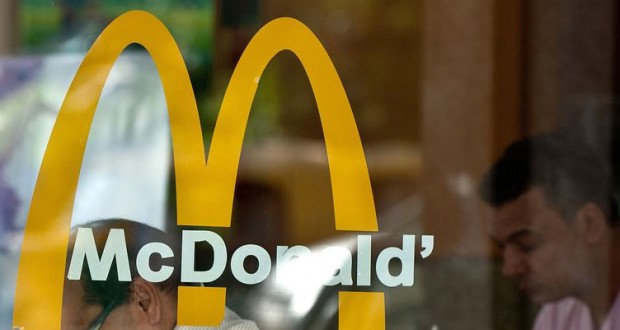 When mum and nursery manager Lesley Simpson took her 11-year-old son, Alistair Ross, for a McDonald’s after a day’s shopping, she took the opportunity to take a picture of his sharp new haircut, Mirror reports. Lesley took the photo, uploaded it to Facebook and that was that.

It was only later while flicking through his mum’s phone that eagle-eyed Alistair spotted he wasn’t alone in the frame.

To Alistair’s right, is a smiley French fry standing to attention- and looking very pleased with its photo-bombing efforts.

“He was killing himself laughing and when he showed me it the pair of us were rolling around having a good laugh,” Lesley told the Daily Record .

“Everyone we’ve shown it to since have cracked up.”

No one had initially noticed the cheeky chip’s presence on Lesley’s Facebook post. The pair had been at the East Kilbride branch of McDonald’s at the time.