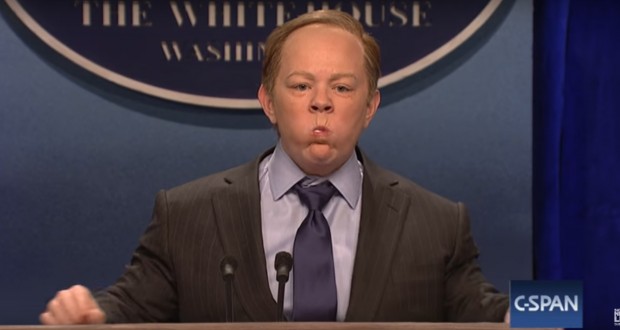 In a surprise cameo, McCarthy mimicked Spicer’s famously combative first appearance with the White House press corps, where he angrily took issue with reports about the size of the crowd at Trump’s inauguration, Joinfo.com reports with reference to NBC News.

McCarthy has been nominated for Emmy awards for each of her appearances hosting the show.

The sketch also took aim at Spicer and the administration’s spats with individual media outlets, featuring a diaper-clad CNN journalist caged in the corner of the press room.