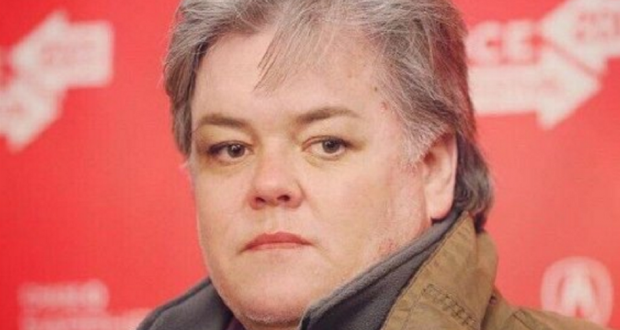 According to US Uncut, O’Donnell replied to a fan asking her to play Steve Bannon — the former publisher of Breitbart who became Trump’s right-hand man in the White House — on Saturday Night Live with enthusiasm, saying that if the show asked her to, she would be ready and willing. The comedian’s tweet quickly went viral.

Now, it looks as if the sworn nemesis of President Trump may, in fact, portray Bannon after all, if O’Donnell’s new Twitter profile picture is any indicator. The picture that Rosie O’Donnell is currently using for her verified Twitter account is a photoshopped image of O’Donnell’s face on Steve Bannon’s head. The sudden, unannounced change riled up her followers and reignited hopes of O’Donnell playing Steve Bannon on this weekend’s episode of Saturday Night Live: 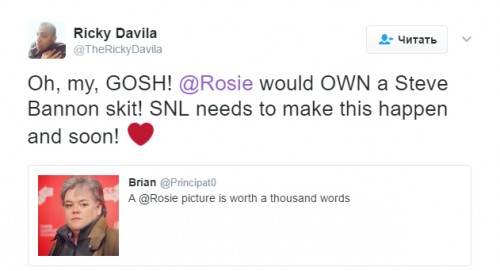 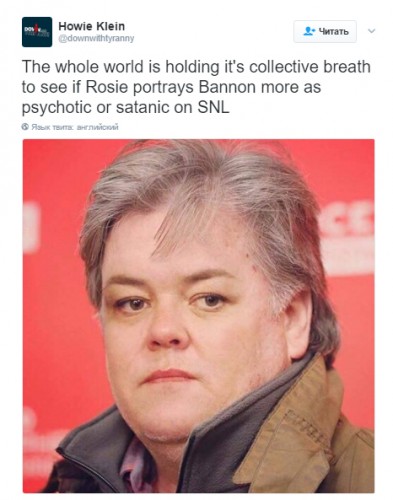 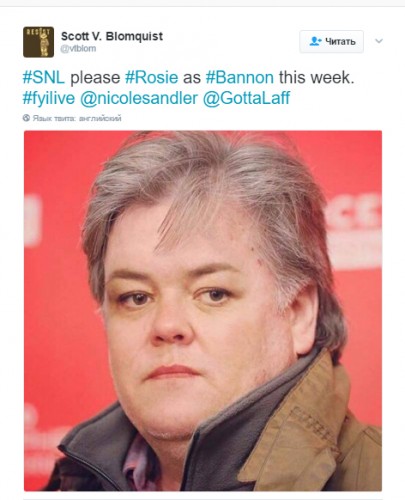 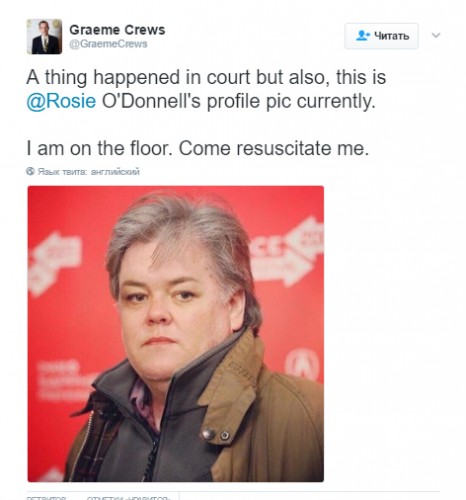 Alec Baldwin, whose impersonation of President Trump has already turned him into a folk hero, is slated to host the next episode of SNL. It’s widely assumed that Baldwin will play Trump on Saturday night, and many are undoubtedly holding out hope that Melissa McCarthy will reprise her role as White House Press Secretary Sean Spicer.