Shares
Furious “Spicey” tells it like it is to “dumb baby” reporters. 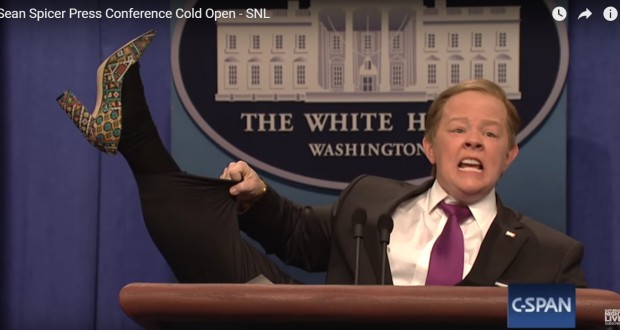 Melissa McCarthy’s White House press secretary Sean Spicer roared back to “Saturday Night Live” louder, angrier, more preposterous than ever  — and with a much bigger wad of chewing gum.

If Spicer himself thought it was time for “SNL” to tone down the mean, Melissa McCarthy only amped it up. She was even more explosive as she mocked fake facts, extreme vetting, the Trump administration’s slam on Nordstrom’s for dumping Ivanka’s products, and Spicer’s outlandish treatment of the media.