Shares
"Just imagine info, then imagine someone at war with it" 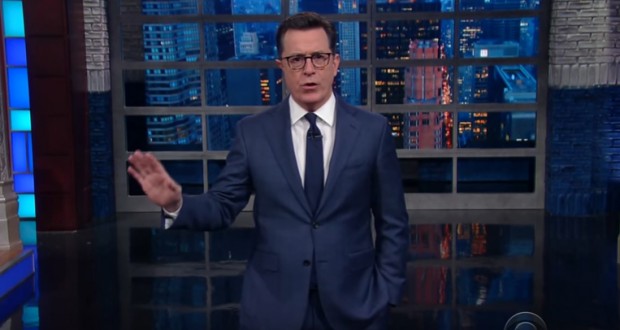 The White House recently acknowledged that Alex Jones — the extremely loud right-wing conspiracy theorist who runs InfoWars — is an “occasional information source and validator” for Donald Trump, according to Mashable.

But, as Stephen Colbert pointed on on Wednesday night’s Late Show, Jones might not have much information to work with. He’s too busy concocting a harmful alternative reality and hoping that InfoWars gets a spot in the press pool.

And if that should come to pass, at least the name “InfoWars” is easy to remember. “Just imagine info, then imagine someone at war with it,” Colbert said.