Trump is an amusing, terrifying punchline on ‘SNL’ Weekend Update

Shares
Another week in Trumpmerica, another bout of nervously chuckling through Saturday Night Live's Weekend Update. 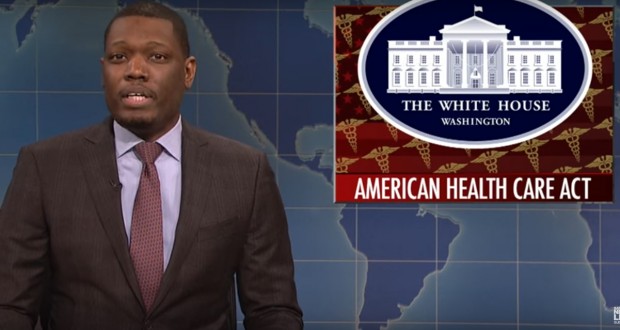 This week, hosts Michael Che and Colin Jost take on Trumpcare, Trump’s “Muslim ban 2.0,” and the leaked CIA documents. The funniest moment, however, is footage of Trump himself, Mashable reports.

Last Tuesday, the president literally jumped out from behind a wall to the astonishment/seeming abject terror of a White House tour group. Nothing Che and Jost can say about the moment is funnier than the image of Trump acting like an amusement park attraction in front of a smiling Hillary Clinton portrait.