Shares
America has Trump. The UK has Boris Johnson. And according to Trevor Noah, the Netherlands has Geert Wilders. 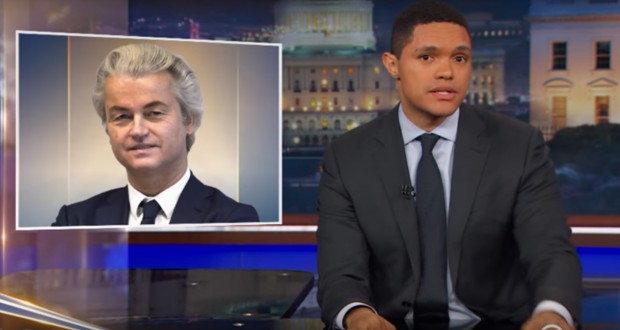 In the video below, Noah breaks down the latest Dutch national election. While Prime Minister Mark Rutte won re-election, the focus of the election was on the populist candidate Geert Wilders, Joinfo.com reports with reference to Mashable.

By all accounts, Wilders is the Trump of the Netherlands — from his anti-Muslim sentiment to his bizarre hair style.

Noah makes a stunning revelation. Trump, Boris, and Wilders all have the same voluminous quiff, which leads him to believe that the hair on their heads are alien lifeforms that have taken over their minds. It seems like a sound theory.