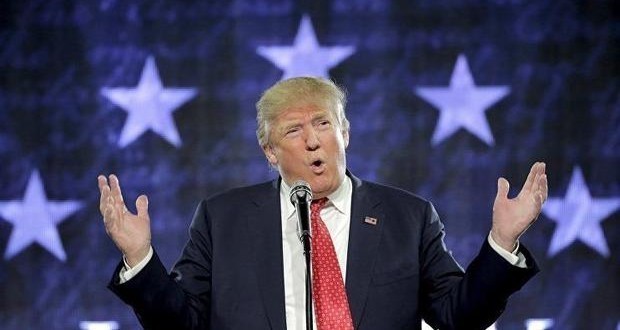 Twitter users have been quick to point out that April Fool’s Day has lost its edge, as every day brings more absurd headlines and the presidency seems like one long on-going joke:

Every day is April Fools with Donald Trump’s White House.

Many were worried about how they were supposed to spot the facts from the fiction.

Donald Trump and Sean Spicer have already made it really hard to decipher actual reports from April Fools Day jokes on Saturday.

Other users were concerned that April Fool’s Day has been ruined forever.

What even is the point of #aprilfoolsday this year when no ones gonna be able to beat Donald Trump and the Brexit vote anyway — Chris (@Lukeurmyson) 31 марта 2017 г.

Some worried that Trump supporters might have trouble distinguishing the real from the fake news:

But as the one day of the year when people actually celebrate fake news, some tweeters argued this is the one time Donald Trump should be in his element.

@TwopTwips DONALD TRUMP. Make the most of April Fools day. This is the one day a year it’s actually acceptable to make stuff up #fakenews

Although it might be overwhelming for a president who derides every criticism and contradiction as “fake news”:

April Fools’ Day: there’s going to be so much fake news around, Donald Trump’s head might actually explode with fury at it all. #fakenews — Richard Gunn (@Wedgeman007) 1 апреля 2017 г.

Is anyone else concerned that Trump will see a prank #aprilfoolsday story, believe it, and declare war on Canada today?

This man summed up what for him would be the most ridiculous story on April Fools’ Day:

Y’know what would be the best April fools stunt ever?
Donald Trump being honest for the day.

But we mustn’t get our hopes up too high.