Shares
If you ever wondered what kind of influence Ivanka Trump and Jared Kushner have in the White House, John Oliver is here to tell you. 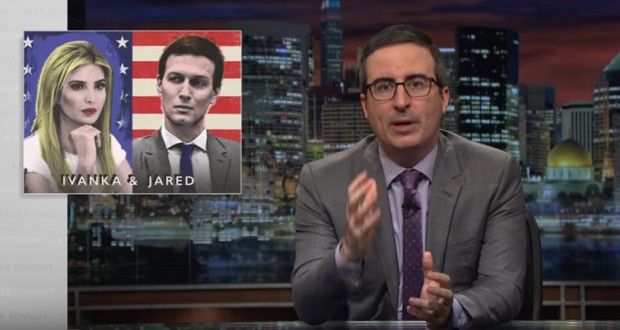 In an epic 25-minute rant on Last Week Tonight, Oliver breaks down exactly what the couple many think of as a “moderating influence” on Trump actually do — and what, if anything, makes them qualified to do it, according to Mashable.

“I know that all of this may seem like an evisceration of both Jared and Ivanka, but it is really not,” Oliver concludes at the end of his rant.