Shares
Puzzling tweet by US president late at night leads, naturally, to madness on the internet 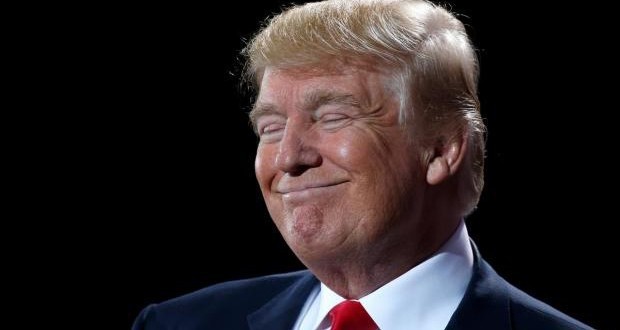 If you haven’t looked it up already – don’t bother, The Guardian advises.

Just after midnight in Washington, Donald Trump tweeted: “Despite the constant negative press covfefe.” That was it. No more. Just that word “covfefe” left hanging there.

It left many of his 31 million followers on Twitter baffled, and slightly concerned.

The tweet had been active on Trump’s account without comment or clarification for two hours at time of writing. It had been retweeted 61,000 times and received more than 75,000 favourites, and climbing. That it had not been immediately deleted was confusing to users, who leapt to speculate what, exactly, Trump might have meant. 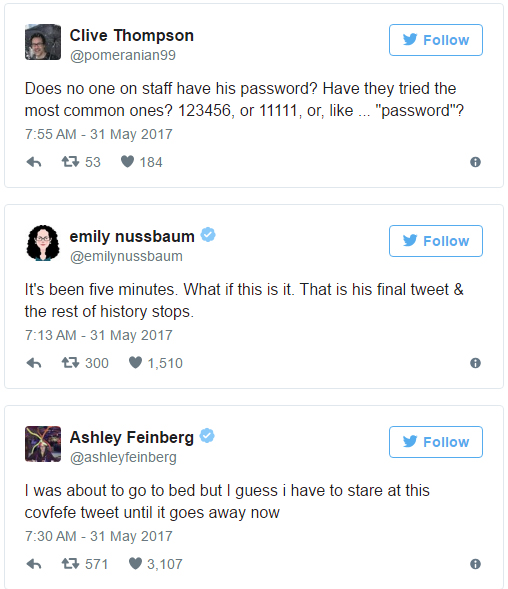 The Merriam-Webster dictionary, which has a track record of fact-checking Trump’s tweets and neologisms on Twitter, decided to sit this one out.

Others suggested the tweet had taken the heat off US comedian Kathy Griffin, who had earlier been under fire for posting a video in which she held a replica of Trump’s severed bloody head. 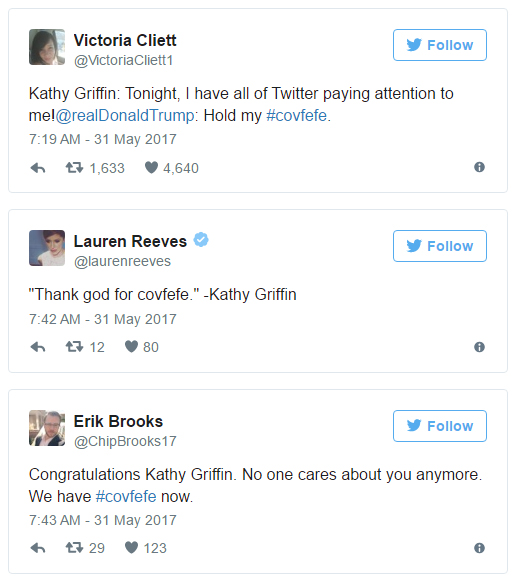 Kristina Wong, a US comedian, observed that the domain Covfefe.com had been promptly snapped up.

I think #Covfefe is Russian for “Take Jared and spare me.” pic.twitter.com/pDpjqX0Cyg 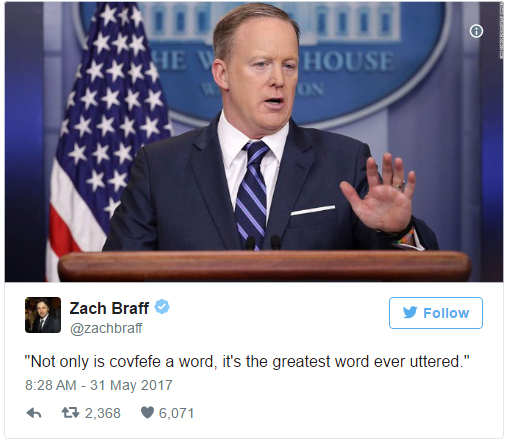 “Covfefe” was trending in the US as Twitter rushed to get its gags in.

When they go low, we covfefe.

You used to #covfefe me on my cell phone. pic.twitter.com/rkp5r9XDJ0

Finally figured out what Bill Murray whispered in Scarlett Johansson’s ear at the end of “Lost in Translation” #covfefe pic.twitter.com/fDFJUYlEz8

Ask your doctor if Covfefe is right for you. pic.twitter.com/XcDAXMNw1m

When the covfefe hits pic.twitter.com/onkjuvcuVN

Media frantically typing #Covfefe on Google translate to see what it means in Russian. pic.twitter.com/0DubNBvs3C

Trump has been known to tweet on both Android and Apple devices in the past, but the “covfefe” tweet had been sent from the Twitter app on an iPhone.

The news site Axios had reported on Thursday that the president’s current device was an iPhone with only one app: Twitter.

It cited anonymous White House officials who said that limiting screen time was key to “forcing a more disciplined President Trump”, as witnessed on his overseas tour:

In Trump’s case, it’s curtailing his time watching TV and banging out tweets on his iPhone. Trump himself has been pushing staff to give him more free time. But staff does everything it can to load up his schedule to keep him from getting worked up watching cable coverage, which often precipitates his tweets. It has worked well overseas so far.