Home / Life / Sport can have negative impact on human brain

Sport can have negative impact on human brain

Shares
Scientists decided to find out how physical exercises influence the state of the brain. 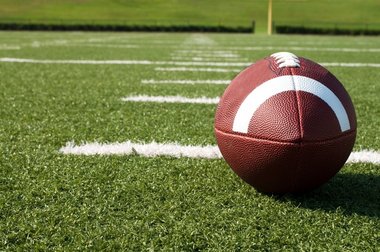 On the example of American football scientists have demonstrated how sport changes the brain.

For the research the specialists have studied the brain structure of 24 players aged 16 to 18 years. With the help of brain scanning the scientists have diagnosed possible changes in the white matter of the brain before training and at the end of games season, and then compared the results.

Under the rules of the experiment, all the players must have played in helmets and protective equipment. As a result, none of the players had concussion, but after the game some members of the team had changes in their brains similar to the effects of mild traumatic brain injury.

The results of the study were presented to the members of the Radiological Society of North America. Increasingly, scientists have noted a negative impact of contact sport on the brain. In particular, sport can have devastating impact on a teenager, when his body and brain are being formed.

Previously, such studies were focused on the study of the brain after suffering a shock, but the new studies of the scientists showed that the injury may not be heavy. Although, as shown by the experiment, systematic brain damage can lead to serious health problems.

It is to be recalled that scientists made a conclusion that some dogs can perceive mood and intonation of their masters.