Shares
According to the scientists from the University of Oxford, HIV faces strong immune system, weakens, and then spreads already in the weakened form. 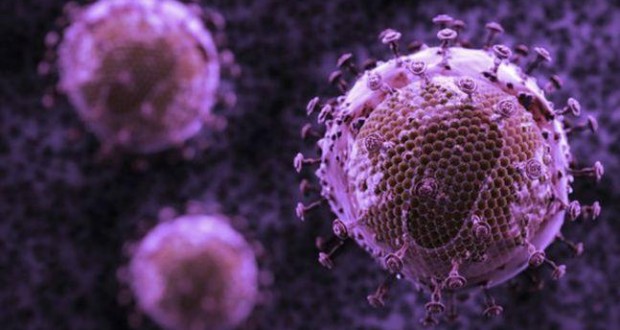 After long-term monitoring of patients in Botswana and South Africa, the scientists from the University of Oxford in England have found that over time the human immunodeficiency virus (HIV) weakens and becomes less dangerous and contagious, British BBC reports.

The researchers found out that as a result of the struggle for survival the virus undergoes destructive mutation.

The scientists have found that after getting into the human body now it takes this virus more time to cause AIDS. According to experts, the changes occurring in the virus will allow to combat the spread of the disease more effectively.

Some virologists have even suggested that over time HIV would become almost harmless, if it continued to mutate.

In the world there are more than 35 million people infected with the human immunodeficiency virus. In their organisms there is a tough battle between the virus and immune system. The virus is well disguised, as it quickly and effortlessly adjusts to the reaction of the human immune system.

However, from time to time the virus infects a human with strong immune system.

"I'm totally amazed that you can see this effect so quickly," said Phillip Goulder, the study's lead scientist and a professor at the University of Oxford. "You wouldn't expect an effect like this to be evident in an incredibly small amount of time. This difference is happening so quickly in the locations where you have the greatest impact of the virus."

In some humans, a type of protein called HLA-B-57 is effective at giving the body some protection against the HIV virus. But the virus adapts to that protective protein by mutating to survive. Those mutations, however, damage the virus, changing its ability to replicate.

A group of scientists has shown this process unfolding in Africa, and compared the situation in Botswana, where the problem of AIDS has been for a long time, and in South Africa, where the virus has appeared ten years later.

"It's amazing," said Professor Goulder. "The ability to replicate in Botswana is 10% lower than in South Africa, and it is inspiring."

According to him, the virus evolves before our eyes, and this process is moving very quickly.

"The virus loses its ability to cause a disease, and it will help us to destroy it," Professor Goulder concludes.

The scientists emphasize that many years will pass before HIV becomes harmless, and most likely before it happens, doctors will develop more affordable treatment and effective drugs to cope with the virus.