Home / Life / Women believe in astrology more than men. Why?

Women believe in astrology more than men. Why? 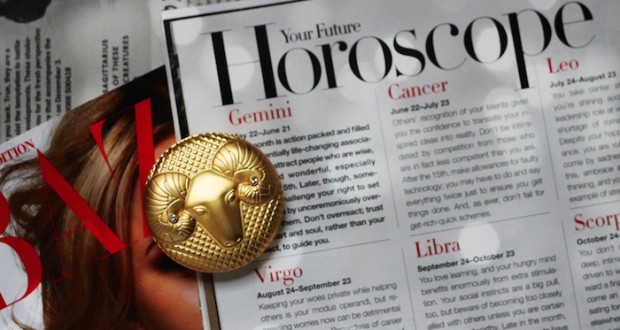 For historical reasons, women tend to believe in astrology, chiromancy and other staff more than men. In almost every women's magazine one can find a column dedicated to horoscope about the best time and places to find love, to get a job, or to save money. Susan Miller is the most popular astrologers in the world. Her articles are by read by both ordinary people and celebrities.

Psychologists H.J. Eysenck and D.K.B. Nias define astrology as "The study that deals with the connections believed to exist between the positions of the planets at the moment of someone"s birth and that person"s character, development, profession, marriage and general life history."

In his book A history of Horoscopic Astrology, James H. Holden writes that astrology was invented by the Babylonians and practiced by "wise men" of the community. According to Holden, it was used to conduct exorcism and appease gods. Today, astrology fans use it in quite different purposes. For example, to find out, whether they will find love, get promoted and so on.

Astrology is very popular nowadays. You can easily find your horoscope in any magazine, newspaper, or google it.

According to Dr. Gad Saad from Concordia University, astrology fails first and foremost because it cannot be tested.

Modern astrology rests heavily on something called the Barnum Effect, he says. It"s when people read a general statement or description that can slickly apply to their personal lives. Phrases like "You will soon experience happiness" could technically be in your horoscope, but could also apply to millions of people.

However, predictions like this appeal to humans because they show us patterns in the world. We are naturally pattern-seeking animals, Dr. Saad explains. The world is scary and complex, and anything that helps us deal with that is a welcome comfort — even if it isn"t scientific.

According to a 2009 Pew Research Center poll, about 25% Americans believe in astrology. Moreover, in four years this figure increased by 4%. So, if it has a universal effect on people, why women believe in it more than men? The answer is easy. It is scientifically proved that women tend to believe in unproven and mystical staff more than men. They also tend to be more religious.

Dr. Phil Zuckerman, an author and sociology professor at Pitzer College, writes in Psychology Today that since men tend to globally dominate roles associated with power and privilege, women accept the "psychological comfort and institutional support of religion." Blogger Nicole A. Murray writes, "By placing the horoscope section squarely in the Women"s Voices section of their site, [HuffPo] is reinforcing stereotypes that women are interested in pseudoscience and woo, not hard science and experiment; candles and palm reading instead of data and hard decision making."