Shares
114-year-old Anna Stoehr had to underestimate her age on Facebook, because during the registration she could not select her year of birth due to Facebook aging policy. 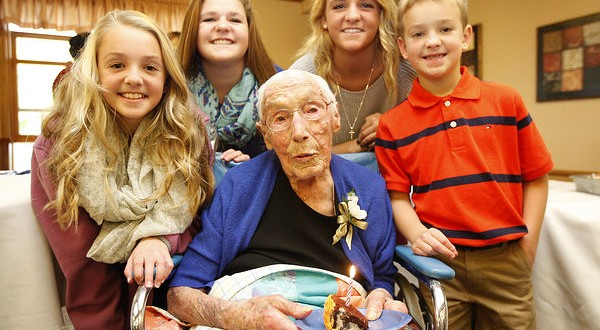 In Minnesota, 114-year-old Anna Stoehr, who had to underestimate her age in order to sign up on Facebook, died.

According to the son of the American, she passed away on Sunday, December 21 in her sleep.

It is to be noted that Stoehr became known after she could not select her real age, since while registering on Facebook the social network did not let her select a birth year before 1905 and Stoehr was born in 1900.

According to Anna's son, on his mother"s birthday Facebook has sent her a large bouquet of 114 flowers.

Also recently we have reported that a resident of India states that death has forgotten him, and perhaps he is immortal. According to the old man, he was born in 1835 in southern India in Bangalore (Karnataka), and 111 years ago he moved to Varanasi.

Unfortunately, the documents that could confirm the words of the man can not be found yet.