Flu epidemic in the United States

Shares
So far, the epidemic is recorded in 36 states. 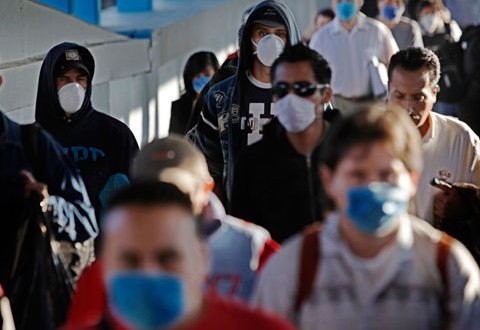 In the U.S. there are officially announced the start of seasonal influenza epidemic. According to the United States Center for Disease Control (CDC), the level of the disease has already crossed the epidemic threshold, so officials urge all those who have not been vaccinated to take care of their health.

The latest report from the CDC characterized the situation for the week that ended on December 20. At that point, about 7% of all deaths in the country were associated with pneumonia or influenza. The epidemic, which killed more than 15 children, was diagnosed in 36 states. The highest rate of hospitalization was observed in the citizens over 65.

The CDC notes that this year the virus has mutated. That is why the modern vaccine does not provide absolute protection. And yet they highly recommend to vaccinate all citizens starting from the age of 6 months.

Experts say that the peak of the influenza epidemic usually occurs between December and February, but sometimes the virus can be active until the end of spring.

Earlier it was reported that American scientists had developed a unique product – cancer vaccine that can stimulate the immune system to fight cancer cells and program the affected body to identify already existing cancer cells.