Shares
The Ukrainian government has accumulated $1.3 billion dollars for the autumn-winter heating period. PM Arseniy Yatsenyuk says that Ukraine is ready for the winter 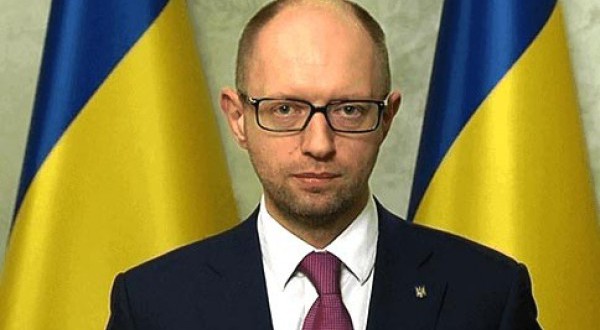 At the meeting with the chairmen of regional state administrations in the framework of a working trip to Chernivtsi region, Prime Minister of Ukraine Arseniy Yatsenyuk said that Ukraine is ready for the winter, stressing the governors will provide everything needed to begin the heating season on the schedule, Joinfo.ua reports.

“If there is no heat, people will not pay the bills. The main objective is the funding. If there is no money – there will not be a gas. The government aims to get rid of Russian gas dependence “- said Ukrainian Prime Minister.

He also emphasized that at present 70% of the natural gas Ukraine buys from European countries. The government has already “removed oligarchs” from the gas sector to ensure the direct contracts with European suppliers.

Arseniy Yatsenyuk stressed on the need to reduce gas consumption. Twenty years ago Ukraine did not take such steps, and it caused the loss of two dozen billion of dollars.

According to him, he took the political responsibility for it. “This is the right step. It had not been done 24 years ago, and it was hard to imagine anyone who would have done it if he cared of his political rating.”

Earlier, it was reported that the Russian Energy Minister Alexander Novak said that Ukraine will receive gas from Russia in any volume, you only need to pay this amount. He also noted that in order to buy gas

The gas talks between Ukraine and Russia on restoring the transit of the natural gas, brokered by the EU, reconciled the gas cost for Ukraine till March 2016. The preliminary agreement is under final verification before it will be signed by parties and approved by Ukrainian and Russian governments, do not need any protocols, describing them as a purely formal document.