Home / Life / “Let’s return it all… back!” – Zhirinovsky demands from Russia to recapture Finland and Poland

“Let’s return it all… back!” – Zhirinovsky demands from Russia to recapture Finland and Poland 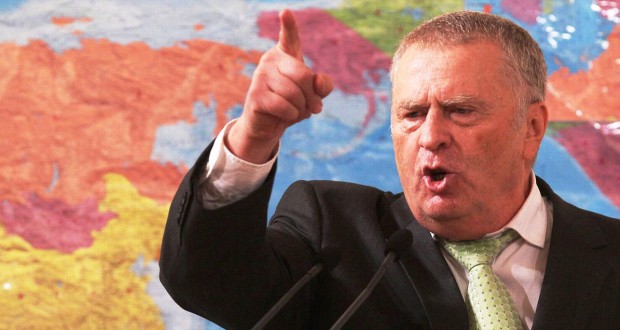 The leader of Liberal-Democratic Party of Russia Vladimir Zhirinovsky stated that Russian annexation of Crimea – is only the first step, and now Russia has to return all the territories that belonged to it before the Revolution of 1917, Joinfo.ua reports.

“Speaking figuratively, let’s return all the territories, which were constituent parts of the Russian Empire as of January 1, 1917. Because all the secessions made later were illegal. After the illegal overthrow of the Tsar, Poland has suddenly illegally separated, and Finland received the independence by the decision of the Soviet of People’s Commissars (the government at that time – ed.). But it had no right to make such decisions,” – the odious politician said.

As an alternative, Zhirinovsky agreed to return the Russian territory within the limits as of January 1, 1991, because “the Russian people became divided, and millions of Russians still have to live hard where they are forced to speak a foreign language. Even if someone says that we won’t make it, let’s keep wishing at least and keep wishing for all our compatriots who want to live in a part of the Russian state – and that’s what a half of Ukraine wants – to implement it [their desire] at least in the prospect, “- said Zhirinovsky.

Earlier Zhirinovsky suggested to change some foreign words for Russian corresponding translations, for example, to replace ‘open buffet ‘ – with the word ‘samobranka’ (or “magic tablecloth”, in Russian meaning ”take’n’go”). Another example: to change a word “selfie” for “samsebyashka”, or, so to say, “self-picturing”.