Shares
The captain of the boat was detained without possibility of bail, the boat has been shipped to the pier for the further investigation 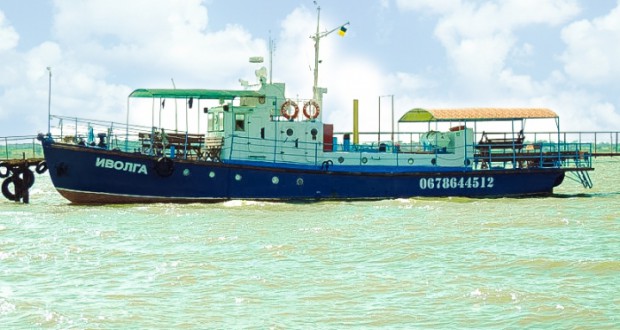 The boat “Ivolga”, drowned near Bilhorod-Dnistrovskyi in Odesa region on October 17, has been raised and shipped to the pier in the Iliichivsk commercial sea port for investigation. This was said at the briefing by Deputy Minister of Infrastructure of Ukraine Yuriy Vaskov, Joinfo.ua reports.

It should be recalled that on October 17 a touring boat “Ivolga” capsized and drowned during excursion tour near Bilhorod-Dnistrovskyi in Odesa region. 14 people drowned, 22 more were rescued and transported to the hospital. According to initial information, the tragedy happened because of the triple overload of the vessel.

President Petro Poroshenko expressed his deep condolences to the families of the victims and announced that he took the investigation of the tragedy under his personal control.

October 19 was announced mourning day for victims in Odesa region.

“An hour ago “Ivolga” was unloaded on the quay of Illichivsk commercial sea port, in the next few minutes the investigation team is expected to arrive along with representatives  of the Emergency Service to start investigation. We found bodies inside the boat but we need special equipment to reach them, because the boat was severely damaged,”- said Vaskov.

The owner of the sunken boat confirmed that the boat went into the sea triple overloaded and from the unequipped pier.

On October 19 the court granted the petition of the prosecutor’s office to detain the captain of the boat without possibility of bail as a preventive measure.

It should be recalled that after the incident the prosecution authority of Odesa region initiated a criminal proceeding under part 3 of article 276 of Ukrainian Criminal Code (violation of safety rules of railway, water or air transport operation).  The article provides imprisonment for a term of five to ten years.