Shares
On the night of 24 October 25, Ukraine will shift to the winter time. At 4 o'clock in the morning the clock will be set backward for one hour 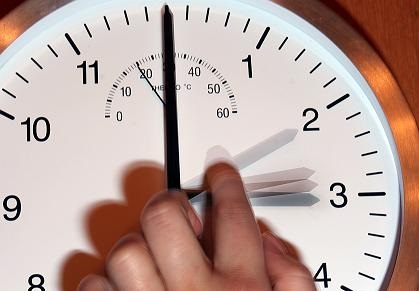 On the night of 24 October 25, Ukraine will shift to the winter time. At 4 o’clock in the morning the clock will be set backward for one hour, Joinfo.ua reports.

According to the decree of the Cabinet of Ministers of May 13, 1996 “On the procedure of calculating time on the territory of Ukraine”, on October 25, 2015 at 4:00 the clock will be set backward for one hour. The phones and digital clocks will make it automatically.

For thousands of years until the invention of accurate measurement of hours, days, months, the whole world lived as it was convenient to residents of countries and regions, but then the map was divided into international time, in accordance with the Greenwich meridian.

Since the late 18th century, many politicians and scientists started talking about the need for time-shifting. The explanation was simple – economic expediency. Daylight saving time was implemented in order to save on candles (later electricity). As a result, number of the crimes declined, there were less car accidents, employees worked better and various businesses benefited from the tourism industry.

In most countries, winter time coincides with the standard astronomical time zone. Setting the clock forward one hour in summer and back one hour in winter was held for the first time in the UK in 1908.