Shares
Ruslan Bortnyk, political expert commented on the cancellation of the polls in Mariupol and the results of the local elections 2015 in Ukraine 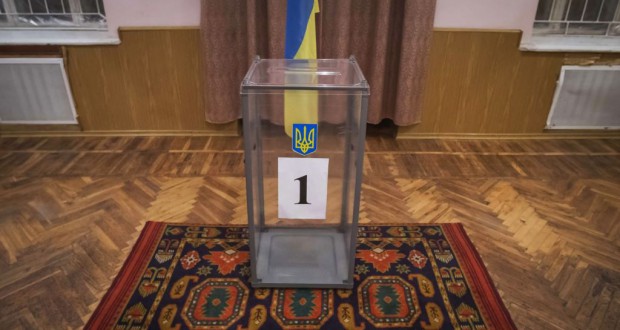 “First of all, there was not a good turnout (46.6% – CEC data). But I would not consider this as a disaster. Some people were demoralized by the situation in the country, they do not believe that their vote can make any difference. And secondly, there are new parties on the political map, I think about 10-15 of them, which are not represented in the parliament. But we will see the final results only in a month.”- said Bortnyk.

“I do not expect an extremely tough competition. The second round of the elections will draw an increased attention. But the situation in Dnipropetrovsk is alarming – different exit polls indicated different candidates as winners. The gap between them was minimal, and this could trigger illegal forms of confrontation. In all other regions won the obvious leaders who did not get enough votes,”- he added.

“The peculiarity of these elections is that everybody broke even. That means, an current mayors won, or the persons performing the duties, or those go to the second round. This happened because the electoral law was adopted at the last moment. Thus, there was little time for election campaigns, and alternative power simply failed to develop”, – the expert believes.

In Mariupol, Donetsk region on October 25 local elections did not take place, because the city election commission refused to accept the bulletins, therefore they have not been delivered to polling stations. The citizens could not vote at more than 205 polling stations.

The Central Election Commission in response to the events in Mariupol appealed to law enforcement agencies so that they have checked the presence of corpus delicti in the actions of the city election commission.

Commenting the situation in Mariupol, Ruslan Bortnyk said: “It is our pain – the decision not to allow the volunteers and internal migrants to vote.”

“The political expediency of such a decision is obvious, but it will be poorly perceived in the world”, – he added.