Home / Life / WHO: processed meat can cause cancer

WHO: processed meat can cause cancer 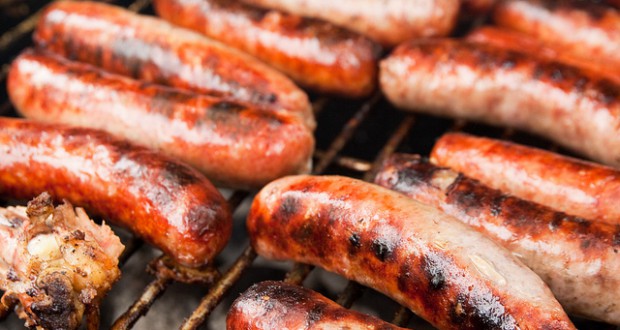 On Monday the World Health Organization said that eating processed meat such as ham, bacon, sausages and burgers causes a greater risk of premature death and developing conditions such as cancer and heart, Joinfo.ua reports with the reference to BBC.

Processed meat means, that it was modified to either extend its shelf life or change the taste and the main methods are smoking, curing, or adding salt or preservatives. So, meat, which was just minced, is not processed yet, unless it is modified further. Processed meat generally contains pork or beef, but may also contain poultry. The WHO now classifies processed meat in the same category as smoking and asbestos, based on its certainty of a link with cancer, but stressed that did not mean they were equally dangerous.

The WHO report said, that 50g of processed meat a day – less than two slices of bacon – increased the chance of developing colorectal cancer by 18%.

The WHO did stress that meat also had health benefits, because it contains important nutrients and minerals. Risks rise in line with the level of consumption, the researchers found.

Besides, unprocessed red meat such as steak and lamb shanks is classified as “probably carcinogenic.”

“These results are important in enabling governments and international regulatory agencies to conduct risk assessments, in order to balance the risks and benefits of eating red meat and processed meat and to provide the best possible dietary recommendations,” said Christopher Wild, head of the WHO’s cancer agency, in a statement.

In turn, the meat industry groups slammed the WHO report as biased and misleading.

“As a registered dietitian and mother, my advice hasn’t changed,” said Shalene McNeill, an executive director at the National Cattlemen’s Beef Association. “To improve all aspects of your health, eat a balanced diet, which includes lean meats like beef, maintain a healthy weight, be physically active and, please don’t smoke.”