CityArt project: portrait of Ukrainian girl in embroidered shirt on the 18-storey building in Kyiv 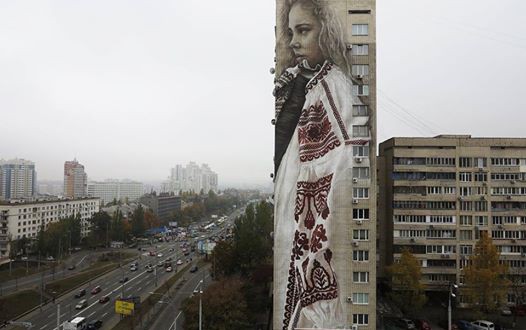 In the framework of the CityArt Project of Geo Leros, Ukrainian artist and film director, a new mural of Ukrainian girl in embroidered shirt appeared on the wall of a 18-storey building in Kyiv center, Joinfo.ua reports with the reference to NovoyeVremya.

The mural was created by Gvido van Helten. The work on the mural began two weeks ago, on October 14. According to Geo Leros, the painting is  dedicated to feminitity and beauty of Ukrainian women.