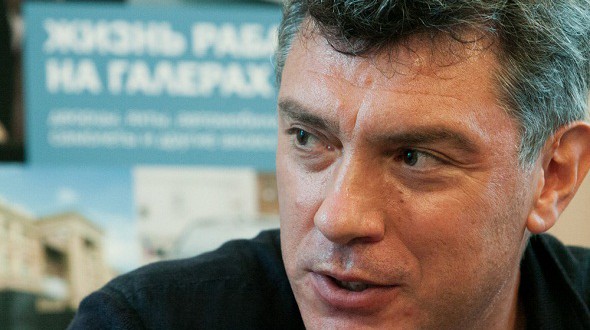 Yesterday night, Russian activist Igor Gordeev filmed and published on his Facebook page, the Moscow municipal service workers tossing away the portraits of Boris Nemtsov, icons and flowers from the memorial site on the Big Mosvoretskiy Bridge, Joinfo.ua reports. The memorial to Boris Nemtsov was made by Moscovites on the Big Mosvoretskiy Bridge right after the murder, but Moscow authorities removed it several times since then. On October 27, Russian activists gathered at the site to commemorate 8 months, passed since February 27, 2015.

Yesterday night the Moscow municipal service workers came to the site on several trucks to remove the memorial again.

The activists tried to stop them, but all they could do was save some portraits. As video showed, the workers grabbed all the flowers and other things, threw them in trunks and drove away.