Home / Life / If you wanted to see Pandora moon, here is the place

If you wanted to see Pandora moon, here is the place

Shares
There is a place on Earth, where you can feel like in the middle of Avatar movie scenery 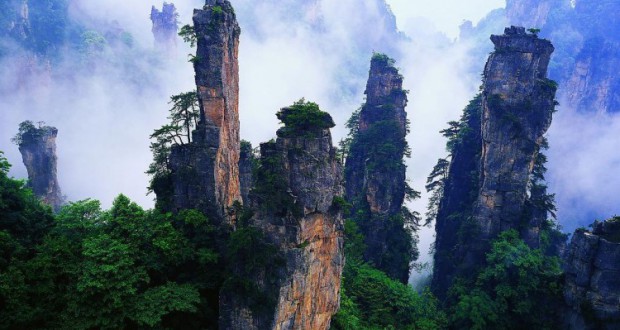 It is Wulingyuan – scenic and historic interest area and UNESCO World Heritage Site in China, Joinfo.ua reports with reference to Dronography.ru.

A spectacular area stretching over more than 26,000 ha in China’s Hunan Province, the site is dominated by more than 3,000 narrow sandstone pillars and peaks, many over 200 m high. Between the peaks lie ravines and gorges with streams, pools and waterfalls, some 40 caves, and two large natural bridges. In addition to the striking beauty of the landscape, the region is also noted for the fact that it is home to a number of endangered plant and animal species.Wulingyuan features also  two natural bridges, Xianrenqiao (Bridge of the Immortals) and Tianqiashengkong (Bridge Across the Sky).