Home / Life / Music of the fighters

Music of the fighters

Shares
Victor Kryvonosov is a volunteer, a soldier of the Ukrainian National Guard. But he is also a historian-archaeologist and a bell ringer 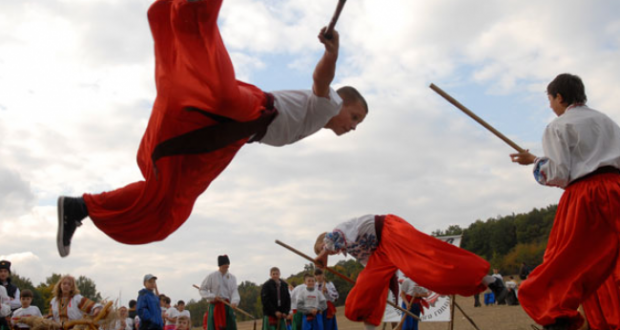 Victor Kryvonosov, callsign – Bell ringer, is a volunteer, a soldier of the Ukrainian National Guard. Now he protects Ukraine in the area of ATO. Victor is a cossack of Zaporizka Sich. And not just in spirit and appearance. He is a historian-archaeologist and works for the national reserve “Khortitsya””, Joinfo.ua reports with the reference to Sprotyv.info.

He rings the bells in the historical-cultural complex “Sich” from 2011.

Bell is a sacred musical ìnstrument for Ukrainians. In hard times it called people to council and signaled about the danger. If the enemy attacked, the bell urged people for the battle. And after that, the sound of bells declared a victory.

“The dream of a Cossack” is the author’s composition of Bell ringer. It symbolizes the anxiety and trouble, which threatens  Ukraine, and in the end, after big bell ringing, occurs the serenity and peace.