Shares
Ian McIntosh lost control with his footing as he descended 1,600 ft on the Neacola mountain range in Alaska. The microphone inside his helmet captured every yelp and grunt 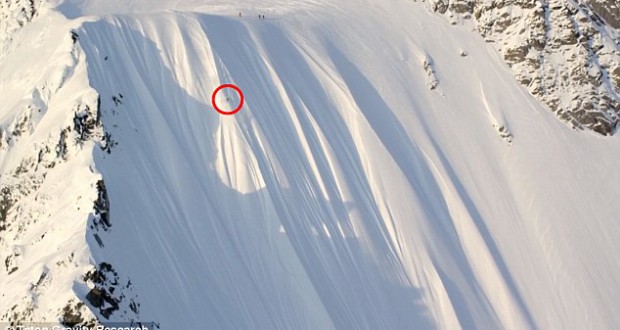 Ian McIntosh, an experienced skier, lost control with his footing as he descended the Neacola mountain range, rotating at 360 degrees, Joinfo.ua reports with the reference to the Daily Mail.
Captured video footage sees Ian cartwheel down the steep slope for under a minute.

He could be heard crying out in pain as he continued to fall at great speed, with his equipment flying in all directions around the mound of snow.
Eventually, the veteran skier luckily came to a halt where he sat up straight, before shouting in his microphone, ‘I’m OK, I’m OK!’

Speaking about the shocking incident, Ian revealed he lost his control due to an unseen five foot deep trench during one of his first turns.
‘From there, my slough took over and there was no way to stop,’ he explained. ‘I pulled my airbag to help prevent against any possible trauma injuries as I tumbled to the bottom.’