Shares
Russian occupational authorities are deliberately changing composition of the population of Crimea, - said this month Refat Chubarov, the head of the Mejlis of the Crimean Tatars 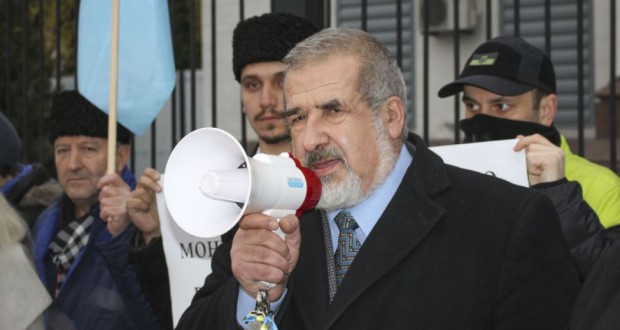 Russian occupational authorities are deliberately changing composition of the population of Crimea, – said this month Refat Chubarov, the head of the Mejlis of the Crimean Tatars. People confirm it in the social networks, Joinfo.ua reports with the reference to KrymRealii.

According to Chubarov, the Russian Federation is now “pursuing a policy of artificial populating of Crimea.” On the one hand, it will displace the population, which they consider disloyal – such as, first of all, Crimean Tatars, who remain loyal to Ukraine, as well as those who do not accept the occupation. On the other hand, under various pretexts, they will increase the population of the territory “, – says Chubarov. Thus, in his opinion, the Russian authorities “artificially change the demographic, ethnic and religious composition of the territory they occupied.”

Crimeans confirm the mass immigration from Russia in social networks.

Andrii Klymenko: “It’s true. True is also, that we predicted it. The process (of immigration – Ed.) is proceeding very fast…”

Андрей Васильев: “It began at once, but now it is more and more intense. Last year mainly military officers came, cops and other superiors. Now there are a lot of doctors and teachers already. Even sales managers have the Moskovite accent. I also know that the recreation hotels employees are massively imported from Russia.

According to the local officials’ plan, until 2025, only in Sevastopol it is planned to settle 150,000 residents of the Russian Federation. ”

Russian media confirm it too. “According to the Labor Agency, the most popular destinations for labor migration in Russia, in addition to traditional – Capital Region and St. Petersburg, are the Crimea, the Khanty-Mansi Autonomous District and Krasnodar region,” – said in a statement.

Besides, Russian MP Vladimir Zhirinovsky proposed to move 2-3 million of people to Crimea.

A lot of people recalled that Russia used this method for many times.

Emine Dzheppar: “Unfortunately, it is a traditional invasive scenario for Russia, undergoing some metamorphosis. It is the 21st century, anyway … they can not actually deport Crimean Tatars. In 1944 Stalin took a decision of the fate of Crimea as a sadist – by sending all indigenous people in freight trains, and giving their homes to the residents from regions of Russia with harsh climatic conditions. Their descendants, by the way, today, are the main defenders of the Russian Crimea. Before that, in 1783, Catherine II staged a massacre on Crimean Tatars who did not accept her Majesty. It provoked several waves of emigration of the people from the total Russification of the region”.

It should be recalled that on October 30, at the 70th UN General Assembly session was pronounced Joint Statement of 36 countries on the situation with human rights temporarily occupied the Crimea, initiated by Ukraine. UN member states called on the Russian authorities to immediately cease all violations, based on the ethnicity of citizens, abolish discriminatory laws and immediately release illegally detained Ukrainian citizens, including Oleg Sentsov, conduct a transparent investigation into the cases of killings and disappearances of Crimean Tatars and civil society activists, and bring to justice those, who committed these crimes.

Despite this, on November 2, Russian Investigation Committee in Crimea began searches in the homes of former employees of the Crimean Tatar TV Channel ATR in the frame of initiated criminal case against Lenur Islyamov, the owner of the channel. Now Islyamov lives on the mainland of Ukraine. He was one of the main initiators of the civil blockade of Crimea, launched on 20 September.