Indonesia plans to build a prison guarded by crocodiles

Shares
The head of Indonesia’s anti-drugs agency, Budi Waseso, proposed to build a prison on an island and then use crocodiles to guard it 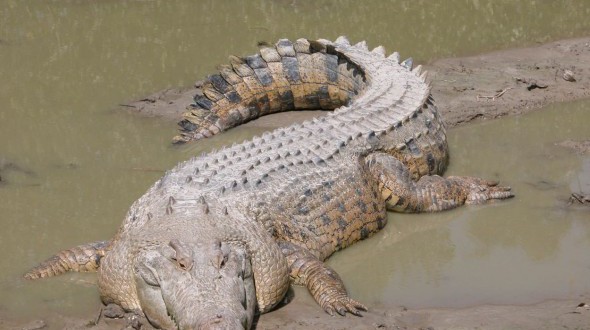 Indonesia has very strict drug laws and drug traffickers can receive the death penalty for their crimes, a four-year moratorium on executions in this country ended in 2013, Joinfo.ua reports with the reference to Geek.com.

So, Waseso believes that death row convicts should be placed on the island prison and guarded by crocodiles, which he said would surround the island.  That is because, Waseso sais, “you can’t bribe crocodiles.”

Although just a proposal for now, work is underway to decide on a location and construction schedule. Also, in order for it to work the death row prisoners would have to self-manage the place to a large extent. Adding guards as well as crocodiles still allows the potential for bribes to happen.

Unfortunately for the prisoners who end up on this island prison, Indonesia is home to the Indo-Pacific crocodile, otherwise known simply as a saltwater crocodile. They are the largest species of the reptile, reaching up to 1,360kg in weight and 6.3 meters in length. They are the most dangerous crocodile and will take down any prey that enters the water. So, the escapers will not have a chance to tell about their runaway story.