Home / Life / The strangest punishment ever

The strangest punishment ever

Shares
A man arrested for piracy made an apology video, warning others about the perils of this activity, which had to get at least 200,000 views on YouTube 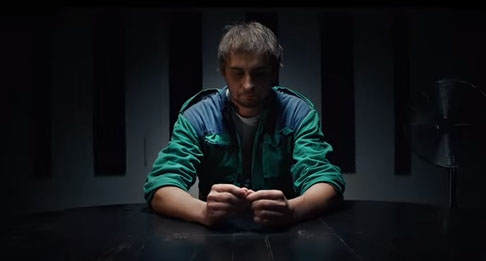 In the Czech Republic a file-sharer known as ‘Jakub F’ was arrested for distributing copyrighted material without authorization. The court sentenced him to 3 years imprisonment with a conditional suspension of the sentence for 3 years. Besides, he must pay compensation for damages rights holders in amount of of $224,000 (CZK 5.7 million). As long as he has no such money to pay the fine, he reached an out-of-court agreement with the Business Software Alliance, TNW reports.

‘Jakub F’ was told to make an apology video warning others about the perils of piracy, and to ensure it gets at least 200,000 views on YouTube.

I looks like he made it, because the video has already got over 440,000 views. But he will still have to pay a reduced amount, according to a statement sent to TNW by the BSA:

“The Software Alliance confirms that BSA member companies reached an out-of-court agreement with Jakub F., who had been found guilty of online piracy causing damages worth CZK 5.7 million. The district Court in Litoměřice, Czech Republic, sentenced Jakub F. for copyright infringement to 3 years imprisonment with a conditional suspension of the sentence for 3 years. In addition, Jakub F. was ordered to pay compensation for damages caused to the BSA member company rights holders.

In respect of the damages, an out-of-court agreement was reached between Jakub F. and the rights holders, under which Jakub F. will pay partial compensation for the damages on condition that he collaborates on a public education campaign about the risks of Internet Piracy. The video “Story of My piracy”, which is available on YouTube, is the result of the collaboration and, provided that the video achieves 200,000 hits, Jakub F. will only pay a small portion of the damages to the rights holders.

If the video fails to attract sufficient hits, Jakub F. may be liable for the full amount of damages ordered by the court. “

It’s certainly a novel and unusually temperate solution for the anti-piracy lobby, but we wouldn’t recommend you bank on being offered this same deal, noted the edition.