Shares
Today in Ukraine is the Day of Remembrance of the Victims of the Holodomor of 1932-1933, which took the lives of millions of people 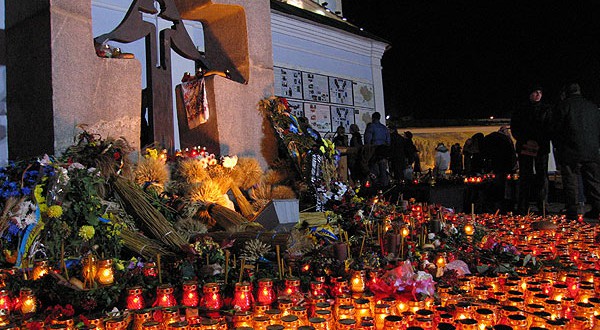 Today, Ukraine commemorates victims of Holodomor (meaning “Extermination by hunger”). In the 20th century Ukrainians survived the three famine: in 1921-1923, 1932-1933 and 1946-1947, which killed millions of people in Ukraine, Joinfo.ua reports.

The most massive and dreadful was Holodomor, a man-made famine in the Ukrainian Soviet Socialist Republic in 1932 and 1933 that killed an estimated 2.5–7.5 million Ukrainians. It was a genocide of the Ukrainian people, organized by the totalitarian communist regime in the transition to a socialist economy in the USSR and the establishment of the personal dictatorship of Josif Stalin.

Before Holodomor, Ukraine was subject to the forced collectivization of agriculture, grain procurement campaign, the mass terror of the rural population. Terror by taking all the harvest from the people, which continued for 22 months in the USSR – was a well-organized and purposeful action of Stalin’s government since 1928. At its core, it is punitive and repressive campaign against freethinking and prone to individualism Ukrainian peasants. They became the next victims of the Stalin’s regime after the mass repressions against the Ukrainian intelligentsia and the clergy.

In the most difficult months of famine in Ukraine were 24 people dying from hunger every minute,1440 – every hour, 34.560 –  every day. In a short period of time the Kremlin has killed about 4.5 million Ukrainians.