Home / Life / Crimea blackout: the energy bridge only increased the number of complaints about the absence of electricity

Crimea blackout: the energy bridge only increased the number of complaints about the absence of electricity

Shares
The so-called head of Crimea Sergey Aksyonov held a meeting of the emergency staff on the elimination of blackout. The situation with the power supply has not improved yet 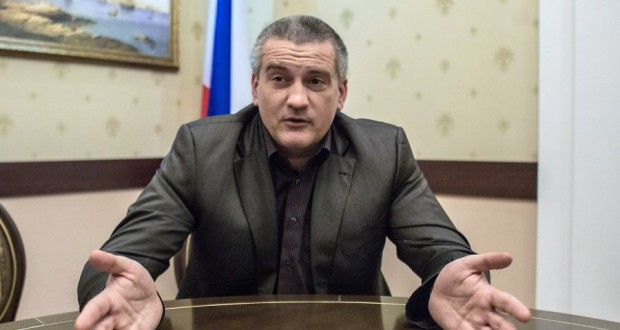 On December 4 at the meeting of the emergency staff on the elimination of blackout, the head of Russian occupation Crimean authority Sergey Aksyonov demanded from the heads of the regional electric systems to strictly observe the schedule of the rolling blackouts across the peninsula, Joinfo.ua reports.

Crimeans expected for improvement of the situation after launching of the first line of the energy bridge to the peninsula from Russian Krasnodar region. Instead, the number of emergency outages has only increased. Aksyonov explained it by the new graphics and the limits, which are not correlated with the real situation.

After the public launch of energy bridge in the Crimea, despite the expectations of the local management, the number of complaints from the public has sharply increased. Providing electricity has not improved. Tere are no complaints only from the residents of Kerch, Feodosia, Sudak and Armyansk. These cities are supplied from electricity plant “Titan”.

Sergey Aksyonov, in raised voices, threatened to the local authorities with the penalties and punishments if they would not respect the schedule.”People are outraged that some of them do not have light for days, while others had no outages at all,” – he stressed.

Aksyonov said that the settlements of the peninsula should receive at least 40% of the electricity demand at the regular time, which should not be less than 10 hours a day. But at a meeting of staff he has learned that, in fact, the situation did not change. Local electric system’ heads reported that, as before, receive only 20-30% of the required, so the power is supplied to the households for 2-3 hours every 6 hours.

Sergey Aksyonov expressed bewilderment about the “loss of power”. He ordered the public prosecutor, head of the Federal Security Service and the police of Crimea to be present at the next meeting of the staff. He threatened with criminal cases against regional heads of electric systems, if the situation will not improve tomorrow.

Also Aksenov said that the complaints received through social networks. “There are a lot of villages, where the schedules are not met, and the local authorities pay no attention from,” – he said.

There is an information, that because of the Crimean energy bridge, rolling blackouts began in Krasnodar region of Russia. This confirms that in the south of Russia has not enough electricity production to supply to Crimea.

Also, the speaker of the so-called “State Council” of Crimea Vladimir Konstantinov suggested that residents name the newborn boys as Generator. “About the children, too, we had heard that the girls are being named Svetlana (light in Russian – Ed.). The State Council has a completely original proposal – to name the newborn boys “Generator”. It is a very good name – Generator Ivanovich, abbreviated Gera. Not bad at all “, – joked the speaker, KrymRealii reports.

It should be recalled that the blackout of Crimea continues from November 22. Crimean energy service has already disconnected the information transmission system from the dispatchers of Ukrenergo.