Viktor Yanukovych, the former president of Ukraine, wants to return to politics

Shares
Viktor Yanukovych, the runaway president of Ukraine, in an interview with RIA Novosti said that he wants to return to politics 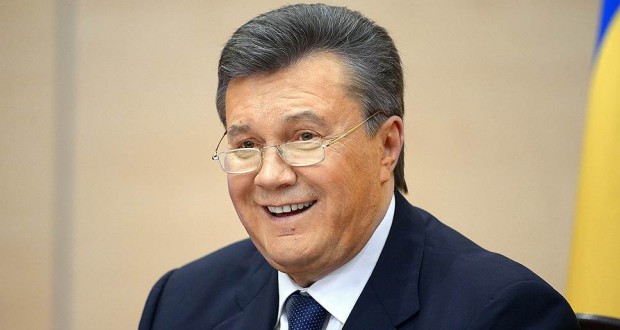 Viktor Yanukovych, the runaway president of Ukraine, who left the country in the heat of the Revolution of Dignity, and ran to Russia in February 2014, gave an interview to RIA Novosti, Joinfo.ua reports.

He said that he wants to return to politics, but did not specified how exactly he plans to do it.

Yanukovych said that he helps people who left Ukraine (after the Revolution of Dignity – Ed.), to those who left abroad, to Russia or even those who stayed in Ukraine.

“I want to return to politics. Today I … I do everything I can. Firstly, I help a lot of people who are being persecuted in Ukraine, which have already left Ukraine, for example. And not only to Russia. In Russia I communicate with them as usual. And even to those who stayed in Ukraine.  I help as much as I can,”- stated Yanukovych.

Former president said that he maintain relationship with the current Ukrainian politicians.

“Many of them are now not so shy and fearful as they were, relatively speaking, a year ago. They feel like themselves now, when we meet and discuss the issues,” – Yanukovych said.

It should be recalled that in February 2014, during the Revolution of Dignity, the Verkhovna Rada of Ukraine ousted President Viktor Yanukovych, who had fled from Ukraine to Russia.